The news of Apple’s upcoming September 5th press event has the world abuzz with rumors and speculation of what new goodies will be coming from the iPod folks. 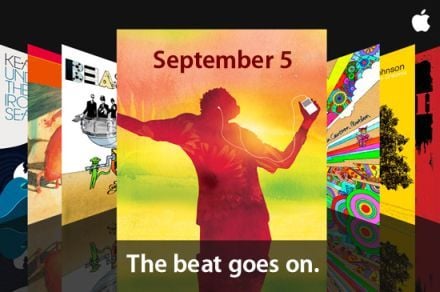 MacDailyNews claims that a reliable (single) source says that new iPods will be including Wi-Fi capabilities, and that Apple could possibly roll out their oft-rumored wireless iTunes store. It seems to me that with the recent launch of the iPhone, and its built in wireless capabilities, it’s only a matter of time before other iPods get wireless too. I’m sure Apple would like to find a way for us to spend money on music and videos wherever we go too. Heck, it’s even a distinct possibility that we’ll see an iPhone-lite, that basically does everything the iPhone does, except make calls.

I guess we’ll all just have to wait until next Wednesday to see what Jobs and friends have in store.