Regardless of whether or not the Sony PlayStation 2 is “last-generation,” there’s still plenty of interest out there in the console, thanks to its huge game library and bargain-basement pricing. To reinforce that the PS2 isn’t going anywhere, Sony has just announced this great new bundle. 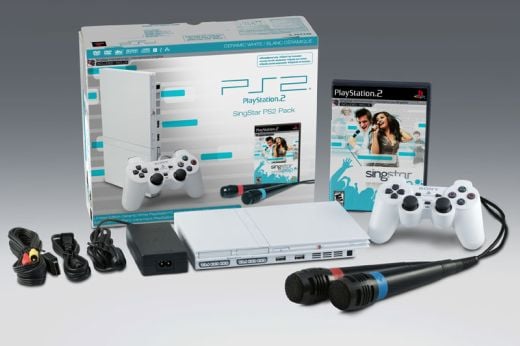 At its core, the PS2 SingStar Bundle is a special white PS2 with a white Dual-Shock controller. In addition, you’ll get a copy of the karaoke game SingStar Pop and a pair of USB microphones so you and a friend can sing duets.

The grand total for all this casual gaming goodness? Just $149.99 USD. So if you’ve never bothered to pick up a PlayStation 2, there’s no better time.