What’s the one thing that insects and televisions have in common? Antennae, of course. That’s the thought that inspired these whimsical digital television tuners from Korea. 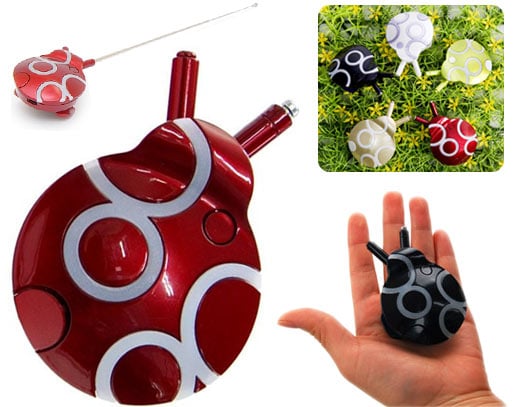 The Doori insect TV tuner looks like a giant ladybug and clips onto your laptop or flat screen to provide your computer with digital television capabilities. In addition to TV reception, the Doori functions as a USB storage device and also comes with DVR software for recording over-the-air broadcasts. Unfortunately, the Doori only receives signals in DMB format, the digital standard in South Korea, with limited use anywhere else at this point.