A while back, I told you about a slick, self-contained DJ mixing system called the Pacemaker. At the time, the pocket-sized device looked too much like concept art to be for real. 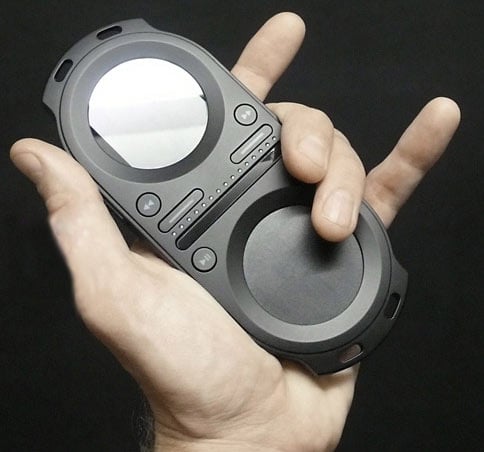 Well, the good news is that the folks over at Digital-Lifestyles managed to get their hands on one for this exclusive video preview, and all I can say is “Wow.”

The Pacemaker is for real, and it sure has some nifty tricks up its sleeve. The handheld system contains a 120GB hard drive, a color display and touch-sensitive controls for mixing and cueing all your tracks in real time. The company is also working on a free application which lets you create non-destructive edits and effects then download mix sequences to the player.

It’s not inexpensive, at 520€ (about $709 USD), but if you’re seriously into music, you can pre-order one now and be the first on your block to have one when it’s released this November.