Sanyo has just taken the wraps off their latest compact digital camcorder, and this one’s a real heavy-hitter. The new DMX-HD1000 not only grips nicely in the palm of your hand, it can record movies a stellar 1920 x 1080 video resolution. 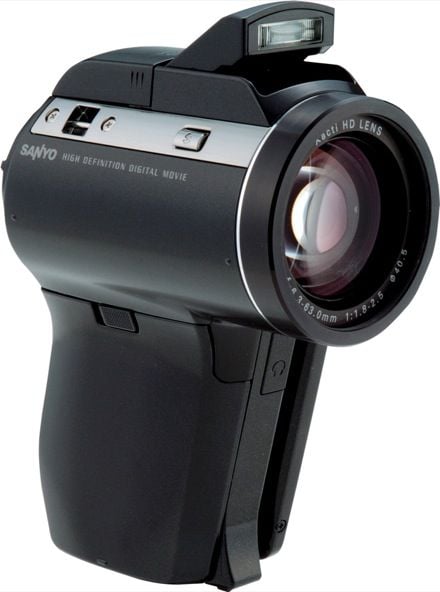 The handheld camera works its magic recording full motion video in MPEG-4 AVC/H.264 format. It’s got a nice 10x optical zoom lens, a fold-out 2.7-inch LCD viewfinder, and a clean industrial design that melds form and function nicely. In addition to capturing 1080p video at 60 frames per second, you can shoot 8-megapixel digital still photos too. The only thing working against this camera is storage. Recording full 1080p high definition is a memory hog, so even with an 8GB SDHC memory card, you’ll only store about 85 minutes of video.