If you’re looking for some deluxe speakers to complement your shmancy crystal radio, look no further than these noisemakers from ELAC. 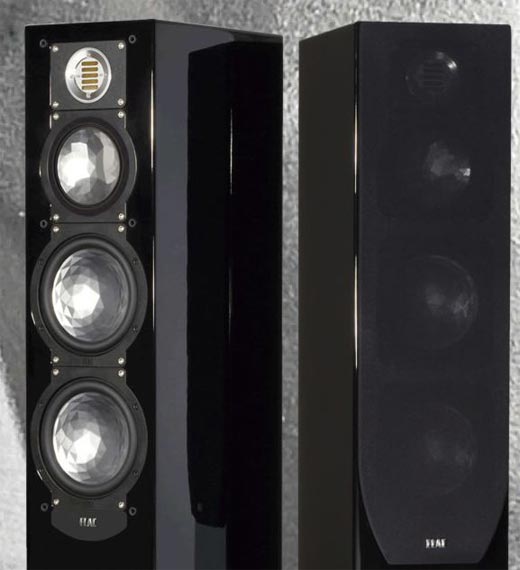 Their new 240 series speakers feature drivers that look like crystal. They’re made from aluminum covered with a angled crystalline surface that mimics the look of a cut precious gem. The cone design isn’t just about looks though. According to the manufacturer, the surface is much more tolerant of listener position than traditional speakers, and provides an unusually flat frequency response.