Guide Dog Lamp Lights Up When You Call It

Industrial designer Nicolas Gonzalez Garrido has created this nifty lamp that looks like a dog. It’s called the Guide Dog because when you enter a dark room and whistle, it illuminates to show you the way. 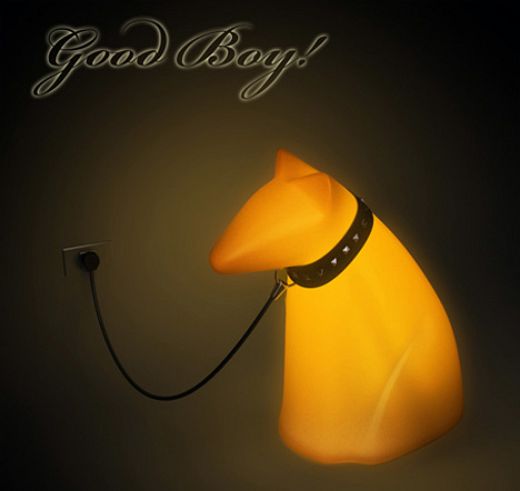 At this point the lamp is just a design concept, and Nicolas hasn’t announced plans to produce it. I think it’s a really fun idea, so let’s hope he finds a manufacturer.

So my question is… Who would win in a (dog) fight, Guide Dog, or Woofy the Cable Dog? I’m thinking Guide Dog would take the prize, since Woofy would probably be passed out from too much partying.