A while back I had a very popular post about Plen, a little bipedal humanoid robot who happened to be able to rollerskate. While that was all for show, this robot actually skates around as one of its primary methods of locomotion. 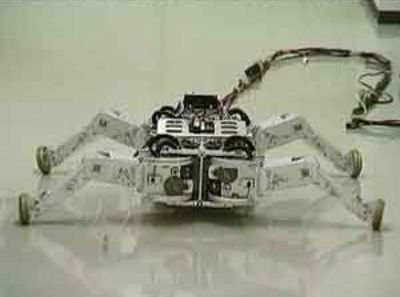 Developed by Hirose-Fukushima Robotics Lab, the Roller-Walker robot walks like an insect when in walking mode, but then can transform itself into a rolling, wheel ‘bot when it’s instructed to. You’ve definitely got to watch the video clip to get the full effect – it’s unlike anything I’ve ever seen a robot do.

I’m assuming that this dual approach allows the robot to deal with more challenging terrain when in walking mode, then move around more quickly on flat land in wheel mode. It’s all very cool stuff indeed.