I’m not sure why anyone would want to do this, but some guy has managed to interface his PSP with the Nintendo Wii motion-sensing controller. 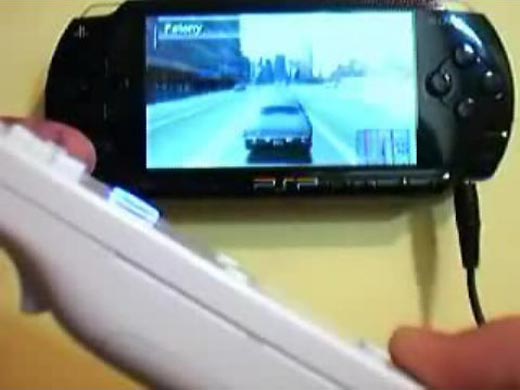 PSP hacker joesnose MacGyvered together a combination of the GlovePIE, iRShell and Nethostfs libraries to make it all play nicely. The idea that it took a PC, a PSP and the Wii-mote seems like too much work for too little payoff.

If he could figure out a way to cram the motion sensor circuits and applications inside the PSP, then it would be far more useful. I guess some people just do things to prove they can be done.

[Be sure to check out Joe’s excellent NES DVD case mod too. I need one of those.]