While the flightless, aquatic avian may have come to symbolize the Linux operating system, Windows and Mac users don’t have to feel left out thanks to these fun penguin USB flash memory drives. 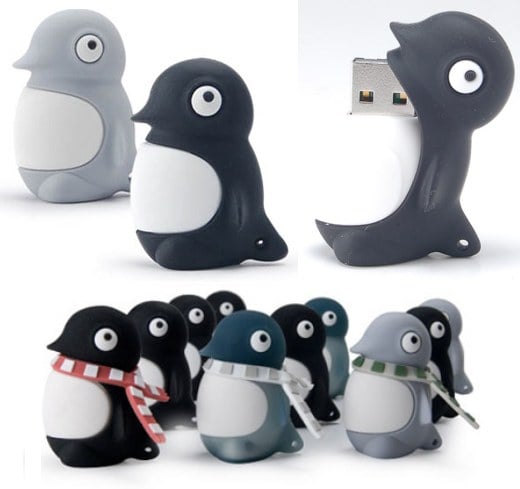 Just like real penguins, they wear tiny striped scarves, and their heads flip open to reveal a USB connector (at least that’s what I thought I heard during my marine biology class). Each little bird holds up to 1GB of files, which isn’t a lot in computer terms, but probably more than a real penguin could hold in its tiny pea-sized brain.

They retail for ¥3980 each (about $34 USD), and come in blue, grey and black variants (again, just like real penguins). If you need to get your penguin fix, you’ll have to see if you can get Japanese retailer to Joshin ship you one.