I recently came across this rather cool user interface for a music sequencer called the ReactOgon. Looking like something you’d find on the deck of the Starship Enterprise, the instrument uses a large tabletop multi-touch interface to create music sequences in real time. 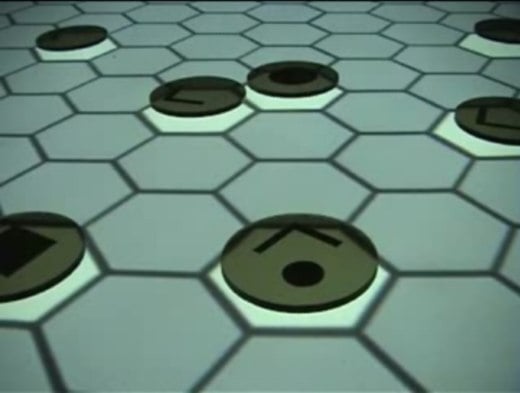 The creators of the ReactOgon call it a “chain reactive performance arpeggiator”, which dynamically shifts its patterns and sequences based on coded discs placed on the flat-panel interface.

Each hexagonal cell on the surface represents a fixed note on the harmonic table. The placement of the discs influences the whether or not a note is played, as well as its placement in the sequence. By stringing together a number of directional discs, an entire musical sequence can be created. Special discs can also initiate multiple sequences, for more complex patterns. A bank of touch-sensitive sliders are then used to change volume, timbre and rhythm of the notes.

There’s no word on if or when the developers of this technology plan on commercializing the concept.