I’ve always wanted a headline like that. It sounds like something out of Weekly World News. However, I assure you that this time it’s 100% accurate. 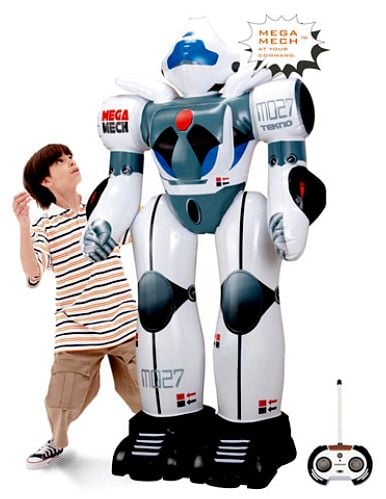 The Mega Mech Airmagination Inflatable Robot has to be one of the worst product names I’ve heard in a long time. Even though this inflatable R/C robot is designed as a kid’s toy, it’s sure to be blast sneaking around the hallways and cubicle farms at your office. The inflata-bot stands over 4-feet tall and it can speak — in a typically robotic tone — although I’m not exactly sure what it has to say.