Already insanely popular with hipster-doofuses and the artsy-fartsy set around the globe, Domo-kun (aka “Domo”) is a strange little character that’s been seen on Japanese television screens for about ten years. Whether you think he’s cute, weird or disturbing, there’s something for everyone when it comes to the little brown guy. 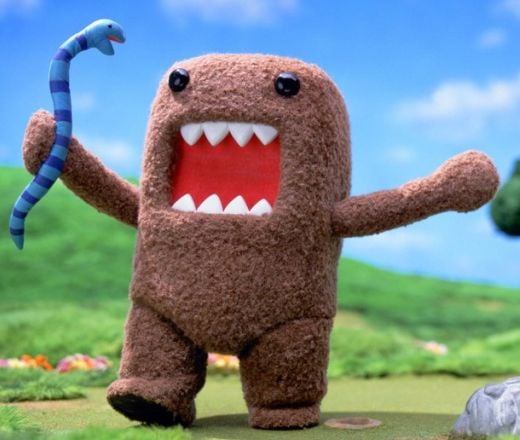 Now it turns out that the wacky characters will be hitting U.S. shores with a new series on Nicktoons this Fall. To celebrate the arrival of Domo in the states, Mimoco has revealed that they’ll be making a series of Domo-inspired flash drives.

I’m not certain, but I think the one on the left already managed to get his hands on a copy of Guitar Hero III.

Now, please to enjoy this brief interlude by Domo and pals.