In my travels, I’ve seen a few clocks made from old hard drives. They’re typically made by stripping out the guts of an old hard drive, slapping a cheap $2 clock mechanism through the platters, then call it a day. On the other hand, here’s a hard disk based clock hack that really is an engineering marvel. 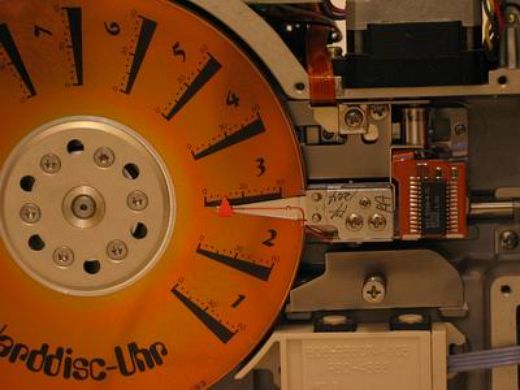 A couple of builders from Germany painstakingly dissasembled an old 5-1/4″ hard drive, recalibrated the motor to run at a speed that lines up the drive precisely with marked hour indicators, then modified the head mechanism to move in 60 step-per-hour increments to indicate minutes. 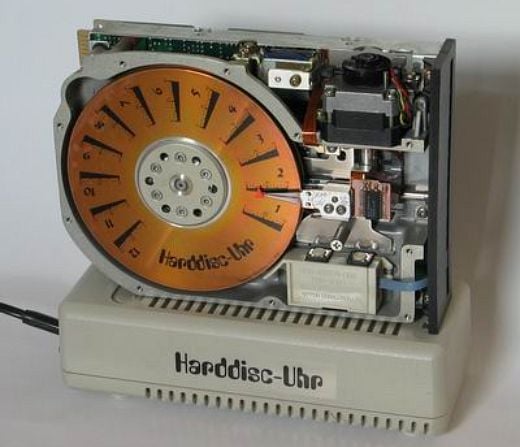 For some reason, they weren’t able to get the motor to turn at exactly 24 rotations per day, instead turning 32 times, and quickly skipping the four “hours” between 12 and 1 on the dial.

Incredibly, the entire device is built from recycled parts (note the old power supply unit that serves as a base). Other than the electronics which control the speed and sequence of actions, the hard drive mechanism remains pretty much unchanged from its original state.

You can read more about the complexities of this very cool build here.

[via Hackaday via CrunchGear]