Given the fact that for my entire life, I’ve been completely incapable of drawing anything but some straight lines and the occasional stair step on an Etch-A-Sketch, this image simply blew my head off. 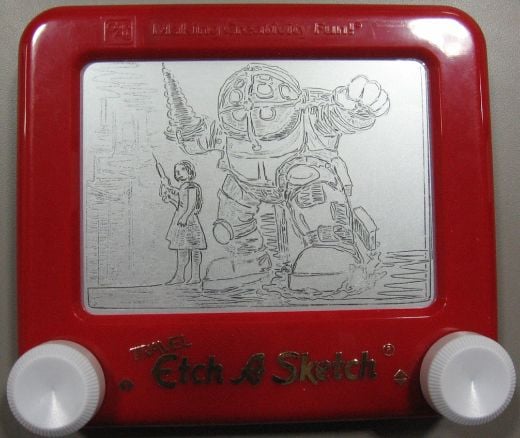 I was already duly impressed with the detail that artist the Etch-A-Sketchist has been able to squeak out of the little red and white drawing toy. But with his decision to (momentarily) immortalize Big Daddy and Little Sister in metallic powdery form, he’s become a real superstar in my book.

And just like the city of Rapture before it, this once beautiful work of art will eventually be lost.