Good news for those of you anxiously awaiting the new Ratchet and Clank game for the PlayStation 3. Insomniac Games has confirmed that the game will run at a full 60 frame per second speed, in both 720p and 1080i resolutions. 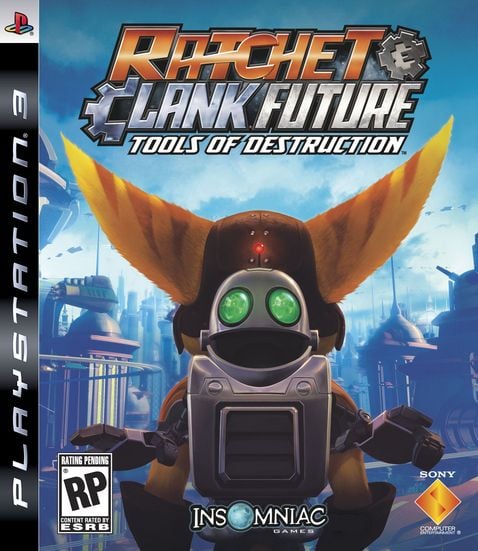 Regardless of any controversy surrounding the PS3’s ability to crank out fast frame rates, Insomniac seems to be on top of it, saying that all their upcoming PS3 titles will run at a full 60 fps. Clearly, the fact that they got to cut their teeth on the platform’s outstanding first-gen Resistance: Fall of Man gave them a leg up over other developers.

One other interesting tidbit about Ratchet and Clank Future: Tools of Destruction is just how enormous the game is. Apparently, the game will use up a 22GB of the total 25GB capacity of its Blu-ray disc. I’m sure that part of that space is taken up with high-def FMV cutscenes, but from what I’ve seen, the massive environments and detailed textures will chew up a substantial portion. For those of you keeping score, you’d need three nearly full dual-layer DVD discs to fit this entire game on any other console. Maybe Blu-ray wasn’t a bad move after all?

You won’t have to wait long to check it out for yourself. A demo of the game should hit the online PlayStation Store on October 4th, with the full game in stores just about a month from now, on October 23rd.