Leave it to the cheap Chinese knock-off makers to produce this red headed stepchild of an iPod and a mobile phone. While it sort of looks like an iPod Classic, it slides open to reveal a phone. The phone bears more than a passing resemblance to some early iPhone concept images that were floating around the Web a while back. 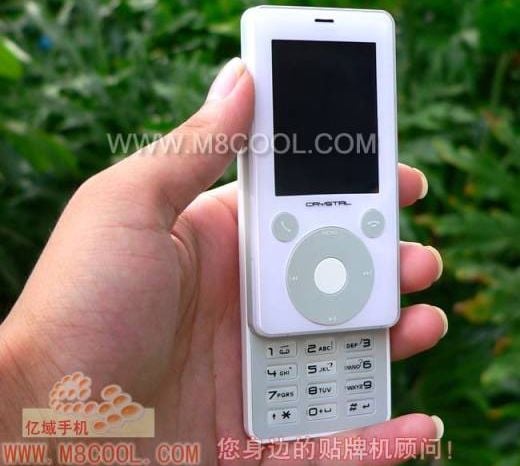 Under the hood, the Crystal HT360 mobile phone is pretty typical. It’s a plain old GSM phone, with no high-speed data capabilities. Its crummy 2.2″ screen can only muster 175 x 220 resolution. About the only thing it has in common with a real iPhone is its 2-megapixel digital camera and some tinny built-in speakers. There’s also something in the specs about “handwriting input,” so I guess it has a touchscreen too. 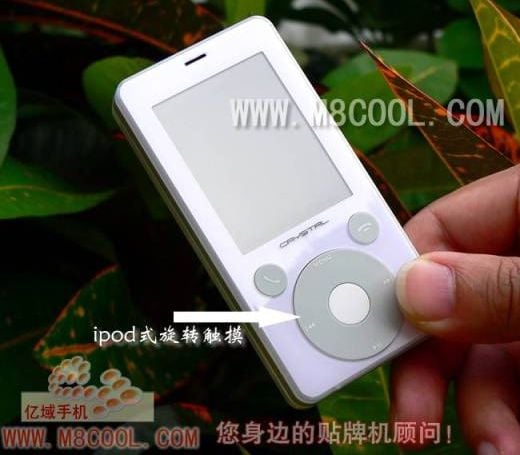 With the recent price drop on the iPhone, along with all of the latest iPod models from Apple, I really can’t see a reason that you’d want this phone other than for the novelty.