Tiny Robots, Smaller Than a Quarter

These amazing micro robots measure in at under 1/4 cubic inch in volume, and weigh less than an ounce. Sandia National Labs has developed these tiny automatons which operate on the power of three watch batteries. 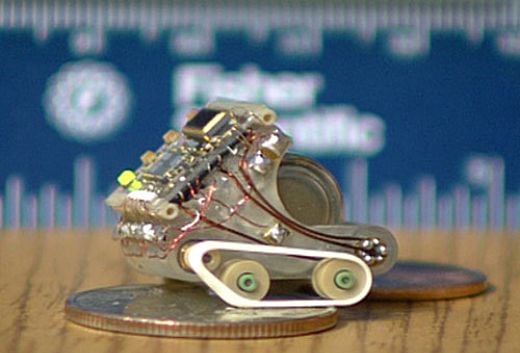 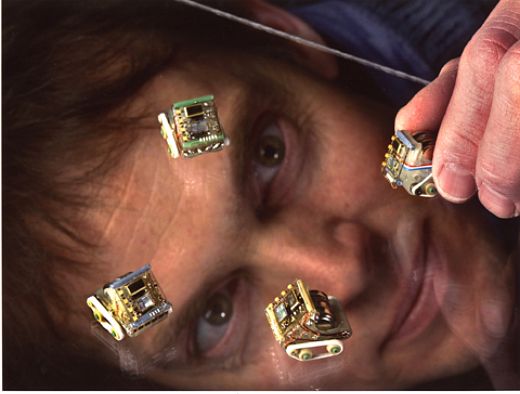 Teensy little treads drive the bots over a variety of surfaces (although at a rate of only 20 inches per minute). They have an on-board 8K ROM processor and a temperature sensor. In addition, they can be enhanced with a miniature camera, microphone, communication system, or even a chemical micro-sensor. Be sure to check out the video clip to see them in action.

The robots apparently are designed to be used in “swarms” to accomplish cooperative tasks such as disarming bombs, but I think that they’d make a pretty cool desk toy all by themselves.