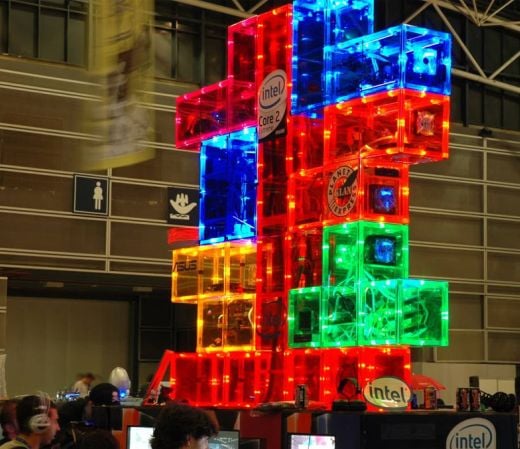 Conceived and built by a Spanish gaming clan known as the Planet Express Klan, I’d have to say this is the most massive case mod I’ve ever seen. Each individual computer case was custom built from colorfully-lit acrylic panels to precisely interlock into this giant Tetris puzzle. 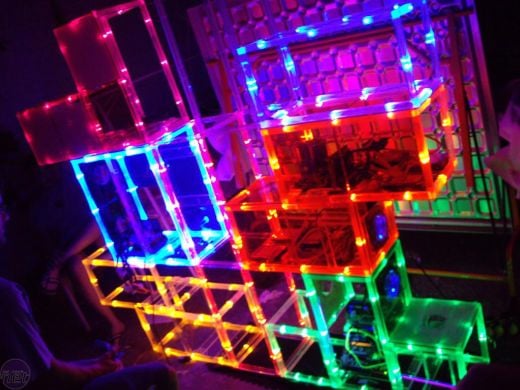 Even though it was inspired by a game that ran on the earliest 8086 PCs, the giant beast was outfitted with some serious processing muscle, with a Quad-core Core 2 Extreme CPU running each system.