Here’s a cool gadget that lets you send messages using the wheels of your bicycle. By using an optical illusion called persistence of vision, your words are revealed as you pedal your bike. 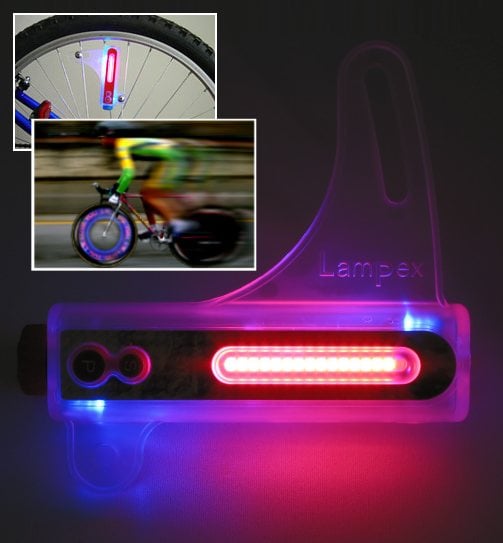 The Lampex Lex module screws onto the spokes of your bicycle, and produces rapidly flashing sequences of LEDs to display your messages. The device connects to your computer’s USB port, and can be programmed in English, Japanese or Chinese characters using the included message creation software. It’s even waterproof, so you don’t have to worry about wet roads damaging it. You can see a video clip of the Lex in action here (and no, I have no idea what the deal is with the guy in the horse head at the end of the video).