Wii Tennis Gets Rackets From Prince

For those of you who’d rather play some Wii Sports tennis instead of hitting a real court, check out these new racket add-ons from tennis equipment maker Prince. 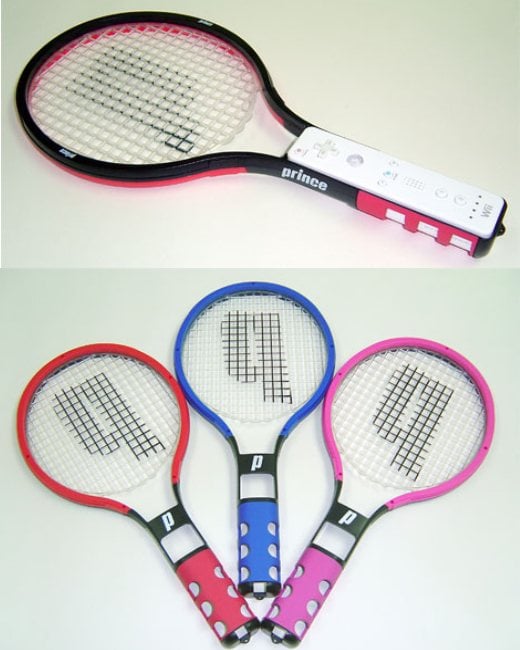 The mini rackets are a little smaller than the real deal, but the design looks much nicer than the cheapie white accessories you usually see for the Wii.

Now the thought of flailing around my living room with a tennis racket has me fearful that I’ll break a couple of lamps, my big screen TV and maybe the cat. For those of you with better coordination than me, you’ll be able to pick one up in time for the holidays for about $15.