See that little robot guy in the upper right corner of the Technabob site header? He’s the original mascot of our humble little website, inspired by the classic arcade game Berserk. So I was oh so thrilled when I heard a world-renown urban artist has immortalized the same robo-dude using a bunch of Rubik’s Cubes. 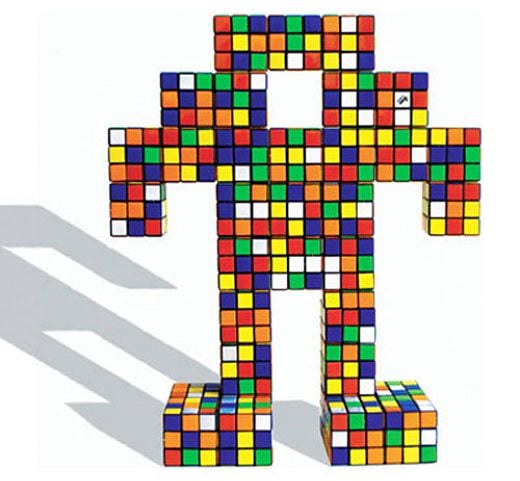 French artist Invader is known for leaving his mark all over the globe by placing tile art versions of pixelated gaming invaders in unexpected places. 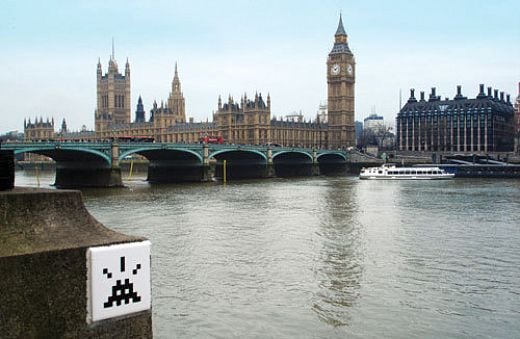