Got a bunch of old Macintosh II computers lying around? Why not do what these folks did and turn them into a couch? 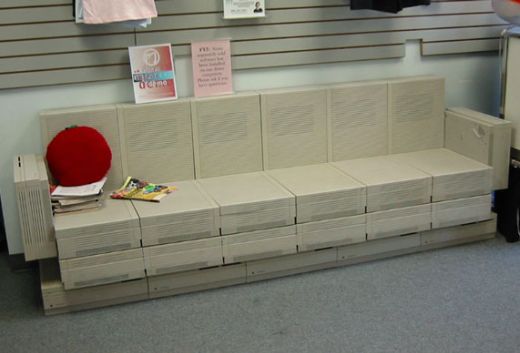 Apparently a computer shop had about twenty old Mac IIs and IIfx computers lying around gathering cobwebs and decided to build a sofa out of the technological dinosaurs.

Since each Mac II was originally designed to hold a heavy 20-inch CRT on top, the couch has no problem supporting the rear ends of numerous couch potatoes. Regardless, my ass hurts just looking at the thing.