Swiss artist André Willimann handcrafts these gloriously detailed 3-dimensional faceplates for Microsoft’s Xbox 360 console. Each one is meticulously assembled from custom molded 3-D pieces, then individually oil painted to give the works depth and color.

The artist is currently selling a limited-edition series called “Treasure Island”, which feature a vivid scene of tropical waves, islands and even a detailed skull if you look close enough. 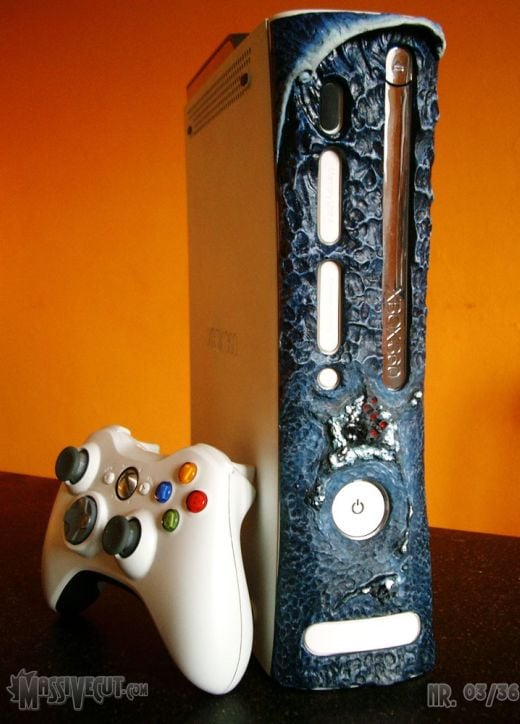 While I love the pirate theme, I have to say this earlier “Molten Stone” faceplate really knocked my socks off. It looks like a hot lava flow busting through a slab of rock. 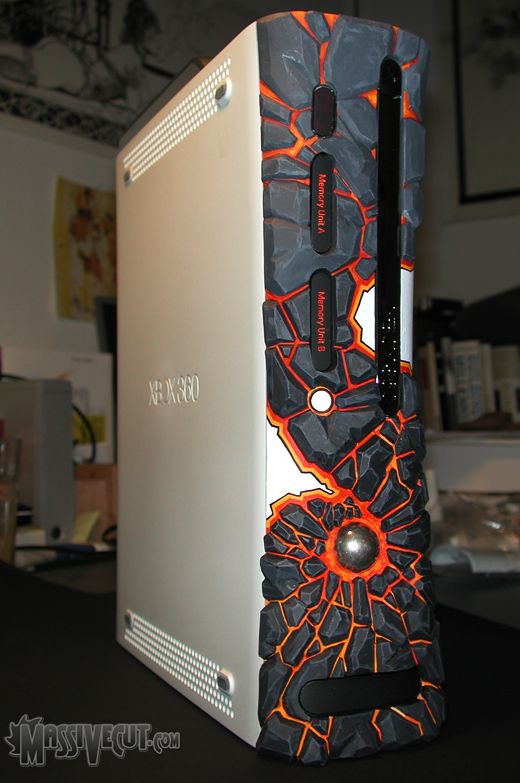 While the Molten Stone one isn’t for sale, you can find one of the Treasure Island faceplates on the artist’s Etsy shop ($120), but since each one is handmade, you might have to wait a little while if the current listing sells.