I was wandering the cereal aisle in my local grocery store looking for my morning sugar fix, when I stumbled this Xbox-themed promotion in boxes of cereal. 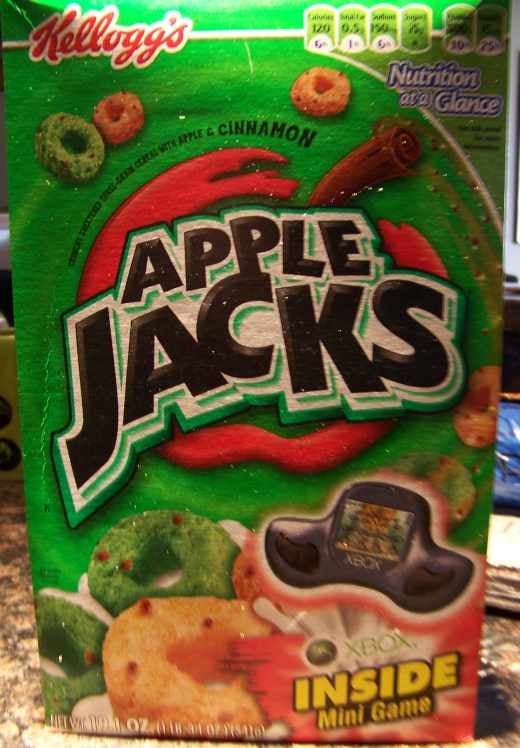 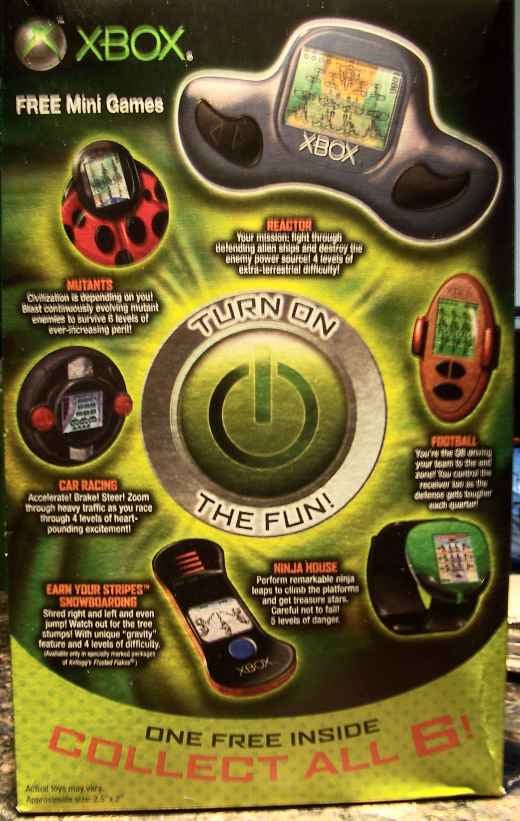 The 6 mini-games are described as follows:

Despite the flowery descriptions, they’re all pretty basic old-school LCD games. After scrounging around my cereal, I found my prize. Mine was the ladybug-shaped Mutants game, which appears to play like a really basic Galaxian-type shooter. 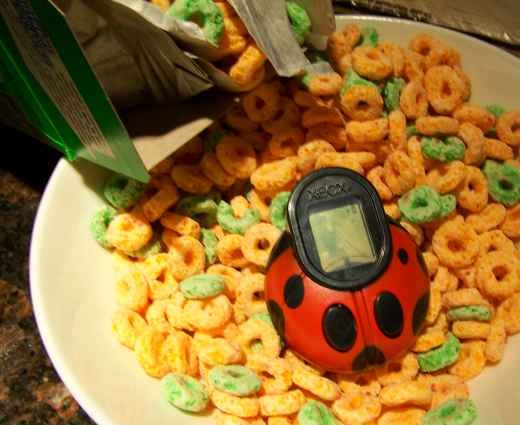 I say “appears” because the cheap plastic build quality rendered the side-to-side movement on my game unusable, and resulted in instant death of my player.

The only thing missing from the experience was the red ring of doom, although there were plenty of fluorescent orange and green rings of apple-y doom.