Rocker/ Case Modder Kneivel put together this ingenious home arcade cabinet by taking a stack of Marshall amp cases and transforming them into a Guitar Hero themed gaming system. 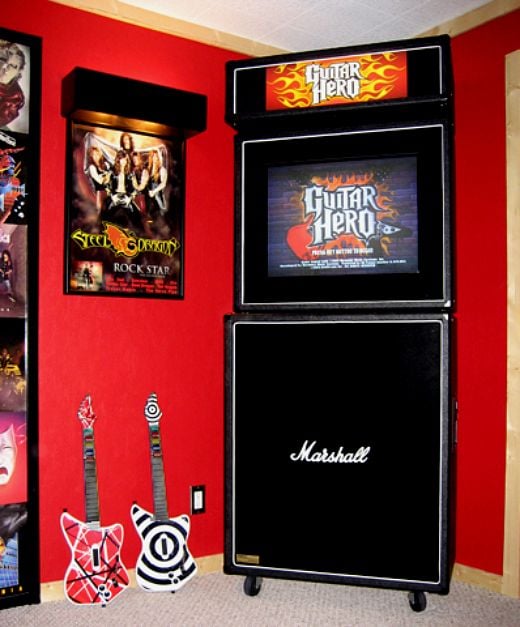 The system is made from 3 individual cabinets which can be disassembled in case he wants to taking the show on tour. Gaming is powered by a PlayStation 2, preloaded with all of the Guitar Hero games on the hard drive. 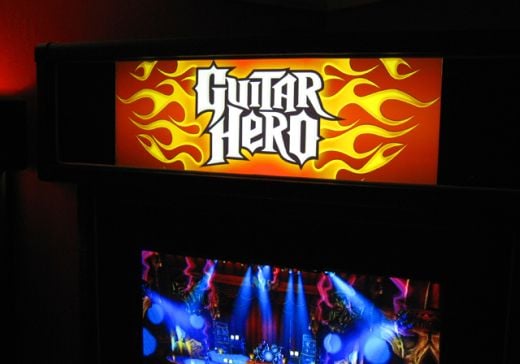 The top cabinet has the left and right speakers as well as a cool backlit GH marquee, while the middle tier houses a heavyweight 27-inch Toshiba CRT. 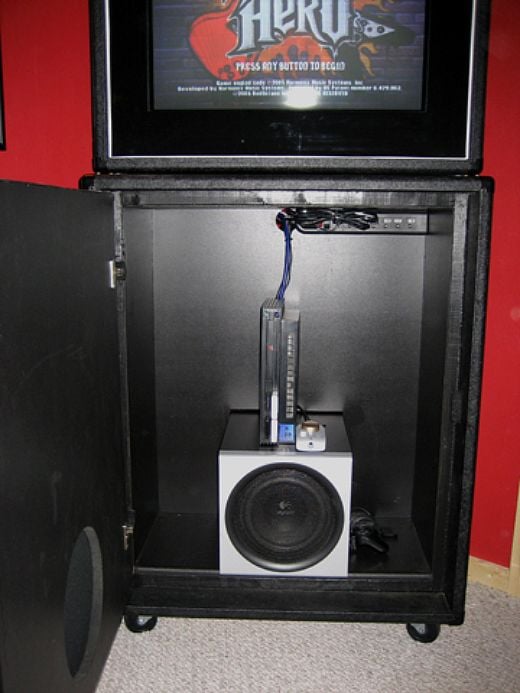 The bottom cabinet contains a Logitech Z2300 subwoofer for some serious low-end, as well as the PS2 system that powers the whole rig. Rock on with your bad self!

[ArcadeControls via SlashGear via Digg]