Plug this beefy-looking plastic thug into your USB port, and it’s supposed to scare those who approach it away from your computer. 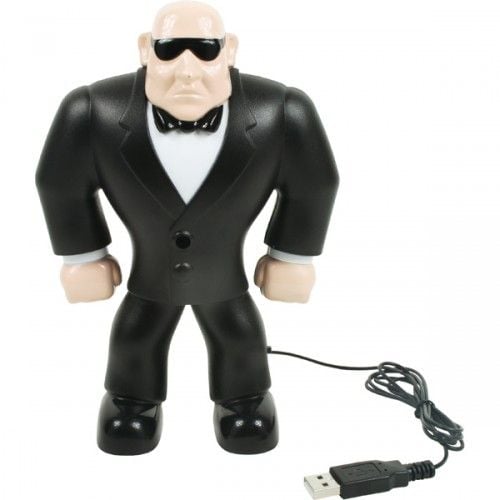 While it’s called the USB Terminator, it looks more like the bouncer who’d tell you to hit the road because you can’t come into the trendy new nightclub dressed like Andy Sipowicz.

The gadget claims to ward off prying eyes by uttering phrases like “Your name’s not down, you’re not comin’ in”, “You’re cruisin’ for a bruisin”, and the oddly suggestive “Come over here if you think you’re hard enough.”

Frankly, I’m much more likely to take out a baseball bat and smash the crap out of this thing than be driven away by its supposed security capabilities. Regardless, if you’re up for really annoying your office mates, you can pick one up from Bim Bam Banana for $59. I just won’t be sitting next to you anymore.