If you’re into video games at all, chances are you know somebody who had an Xbox 360 crap out on them. Here’s your chance to show you care by sending them this clever condolence card. 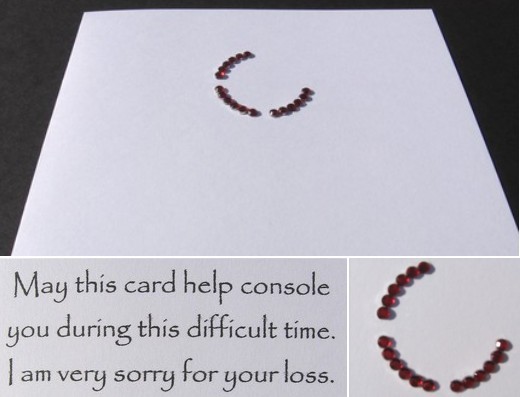 Greeting card artist bsangel created this Xbox 360 Red Rings of Death card which lets your grieving gaming pals know your heartfelt wishes in their time of need. The card features the all-too-familiar ring, handcrafted from red crystals. Inside, the card simply reads “May this card help console you during this difficult time. I am very sorry for your loss.”

The card can be found in bsangel’s Etsy shop for $4. Given the number of failed 360s out there, I’m guessing that she should ramp up production on these. Maybe a boxed set of 10 would be a good idea.