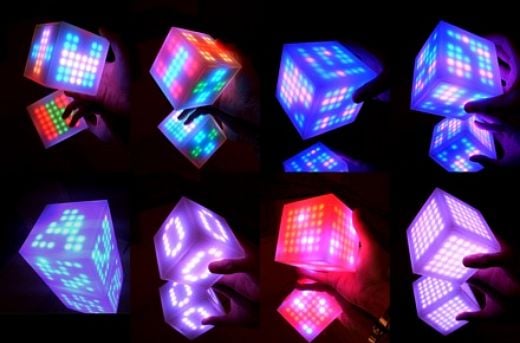 While it’s designed as a platform, capable of playing a number of different games and puzzles, the interactive plaything happens to do a great job digitally emulating the old Rubik’s Cube.

The digital puzzle’s 216 mulit-colored LEDs are controlled by touch-sensitive panels and 3D motion accelerometer circuits (like the ones found in the Nintendo Wii).

Fentem says his Cube will be available in limited quanties from the UK’s Kinetica electronic art museum in the near future.