By now, we’re all pretty used to game controllers that can provide rumble feedback, but how’d you like to actually feel the impact of every gunshot and punch when playing your favorite video game? 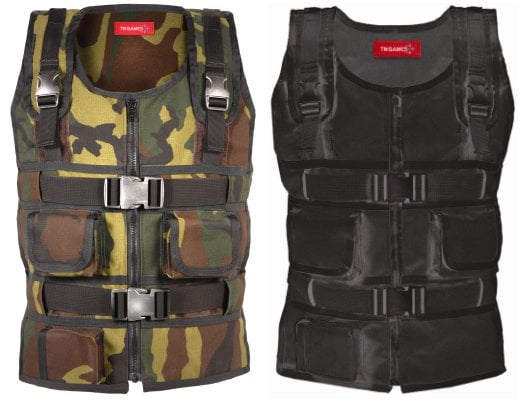 A device originally created for remote medical investigation is now being transformed into a gaming vest that can provide its wearer with sensory feedback. Physician Mark Ombrellaro designed the TN Games 3rd Space vest, which uses air pressure to produce thumping sensations wherever impact should be felt. The vest has eight zones which can simulate the direction and forces of bullet fire, explosions, and even the sensation of fingers tapping on you (great for scary horror games).

The vest will ship this November for $189, and is bundled with a game called 3rd Space Incursion and a special version of Call of Duty II which showcase the force feedback technology. For a limited time, you can pre-order one for $169.99 from the TN Games online shop. The company is also offering patches for Quake 3, Quake 4 and Doom 3 which enable the vest in those games. An SDK allows developers to easily add support to their games.

The company is working on another version of the vest which will emulate the G-force sensations in racing and flight games in early 2008.