I think these goofy guys look more like space aliens than monsters, but you get the point. Put your money in the mouth of these Money Monsters and they’ll gulp it down without so much as a “thank you”. 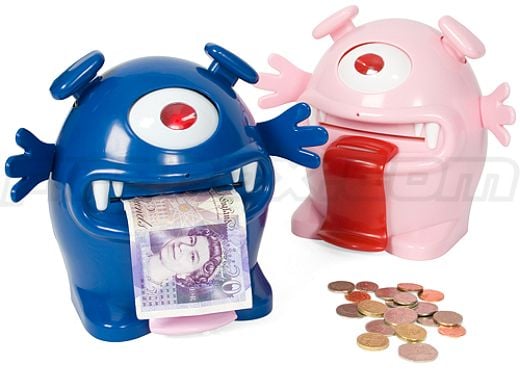 While they might not be polite, that doesn’t mean the Money Monsters aren’t vocal. When you feed them your paper money and coins, they’ll make one of 20 annoying comments like “money, money in my tummy”, then let out a satisfied belch. As they gulp down your cash, the creatures’ cycloptic eyeballs and ears move around.

They’re available from Firebox for about $25.