If you enjoy the occasional game of table tennis on your Nintendo Wii, here’s a way to complete the experience. Check out these ping pong paddles which snap on to your Wii-mote controllers. 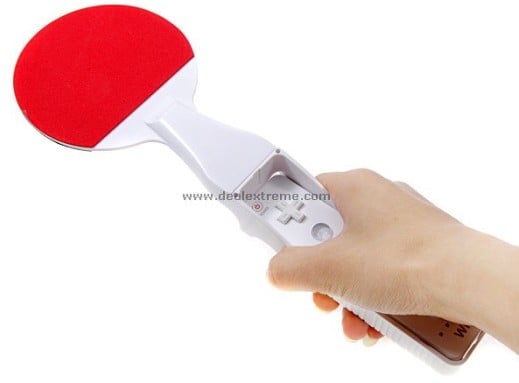 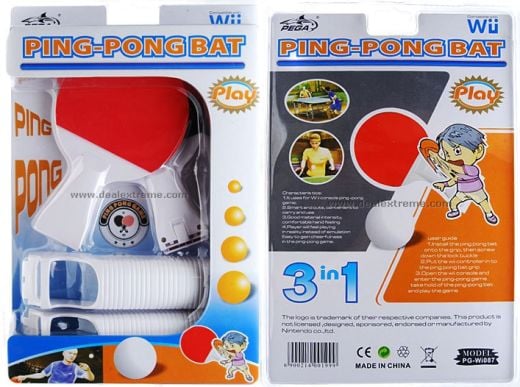 I’m not really sure why they’re being called “3-in-1”, since I can’t think of anything else they could be used as besides ping pong paddles. Maybe they’re thinking you can flip pancakes and use them for fraternity hazing rituals?

According to the packaging, these cheap Chinese paddles are actually for the “Wü” console, a clear indication that they’re not officially sanctioned by Nintendo. A pair of paddles (one black, one red) will set you back about $16.