Here’s a nice way to wake from your slumber every morning. The Boynq WakeUp not only looks good, it’s got everything you need on your bedside table. 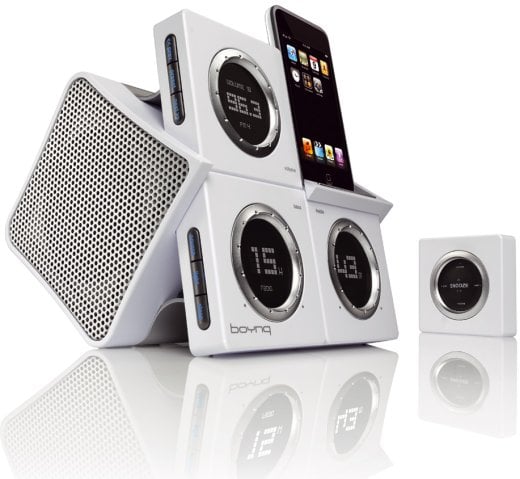 In addition to its digital alarm clock, The Wake Up offers an FM radio and an iPod dock. A substantial 20-watt amp powers the stereo system. The modern design features a removable wireless remote which can be stowed in the same place as your iPod when it’s not docked. In addition to track and volume control, the remote lets you snooze the alarm too.

The full-featured iPod dock can charge your media player while connected, and also offers a video out so you can play back your movies and shows on a nearby television. 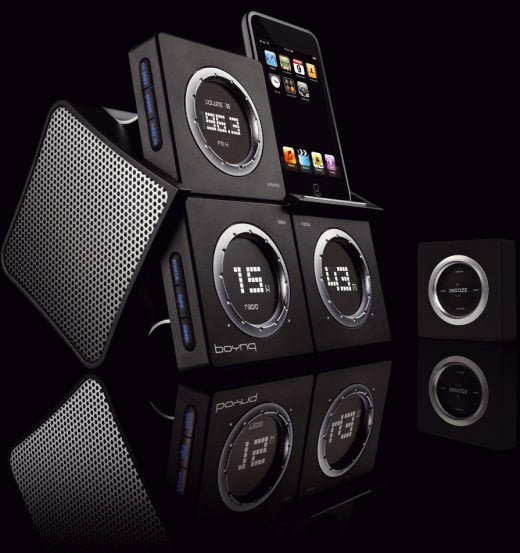 The WakeUp comes in both black and white versions, and should hit stores before the holidays. While the North American price hasn’t been announced, it’s already selling for €130 (appx. $185) in Europe.