Breaker, breaker, any of you got your ears on out there? This wacky invention out of Japan lets you use your cell phone like an old CB radio. 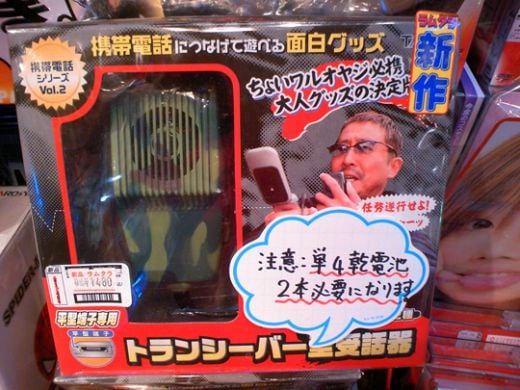 The Taito Transceiver hooks up to your mobile phone’s headset jack and lets you communicate with all the other truckers in your convoy. For those of you who weren’t around in the 1970s, the Citizens Band radio movement was the MySpace of the generation, starting out with truck drivers and hillbillies, but later spreading to suburban housewives. 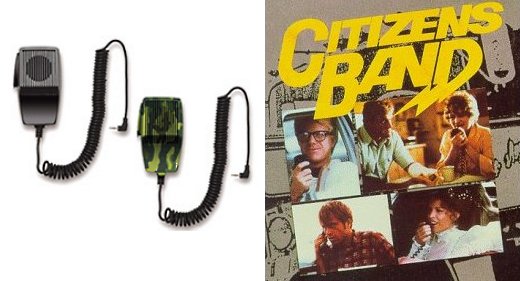 Instead of emoticons and shorthand like LOL, OMFG and ROLFMAO, CB radio had it’s own language, inspiring such gems as “Breaker 1-9, there’s a Smokey in a plain white wrapper at your back door, so you better put the hammer down.”

Now that Judah Friedlander has succeeded in bringing trucker hats into fashion, why not pick one of these to complete the look?