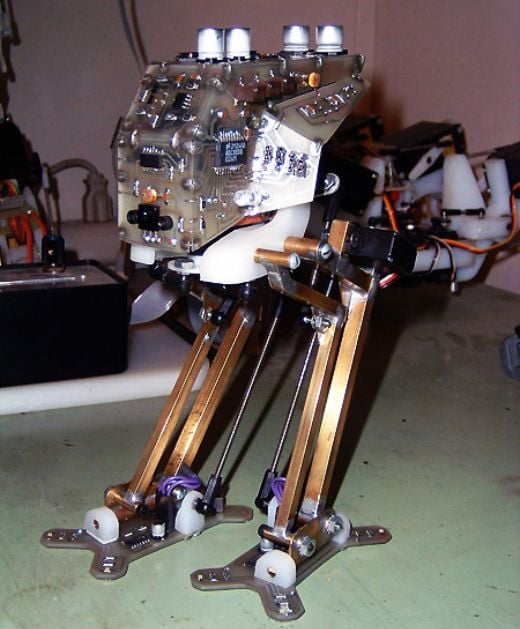 The bipedal MiniMechadon walker is fully functional, and can hobble around just like the ones in the motion pictures. While it’s not quite as polished as the movie robots, it certainly captures the spirit of the wobbly two-legged critters. What’s really cool about the robot is how its walking movements aren’t pre-programmed. Rather, it gradually figures out how to walk based on its own.

The robot’s builder, Mike Smyth, built the bot a couple of years back as a one-off for his personal use. That’s too bad, because an army of these marching around my office would be pretty cool.