Go Fish With Your Wii

Here’s another silly accessory for your Nintendo Wii controller. It’s a fishing rod that snaps on to your Wii-mote so you can feel more immersed when you’re catching digital fish in those weird fishing simulation games. 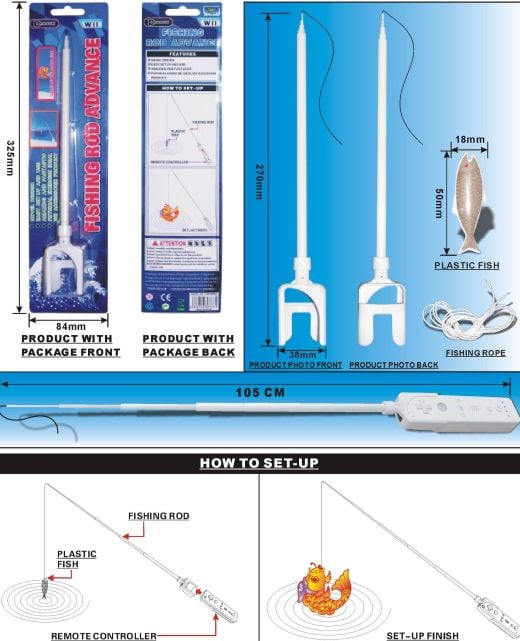 The Dragon Electronics Fishing Rod Advance includes a retractable rod and fishing line, and even comes with a plastic fish that you can stick on the end of the line. Why you’d throw out the rod with a fish already attached is anyone’s guess, but if you’re using your Wii to catch fish in the first place, you’re probably a bit of a kook anyhow. If only you could cook up those virtual fish you catch when you’re playing Cooking Mama, you’d be set.

If you’re just dying to snag yourself some fake fish can pick one up from console shop Divineo for $9.95.