G4TV’s Attack of the Show has put together this unbelievably large cabinet for playing classic arcade games. It’s so tall that players have to stand on stepladders just to reach the controls. 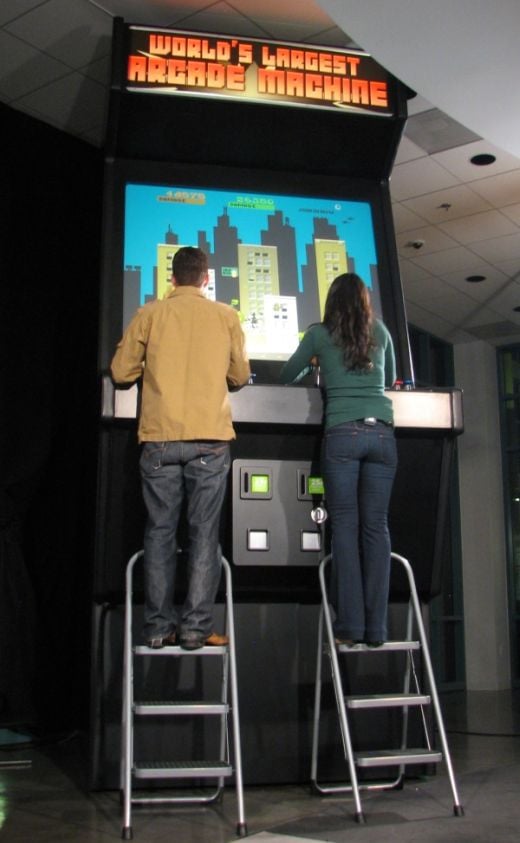 The cabinet measures in at over 13-feet tall, and has a 70-inch screen for massively monstrous gaming action. I’d love to have one of these in my basement if it would fit.

Tonight’s AOTS episode (running at 7pm and 11pm Eastern) will show off the huge machine in more depth, so be sure to tune in if it’s not too late.