Give your Xbox 360 system a retro-lounge makeover with these animal print faceplates. These snap-on replacements for the standard Xbox 360 front cover don’t just look like their mammalian counterparts, they’re velvety soft to the touch. 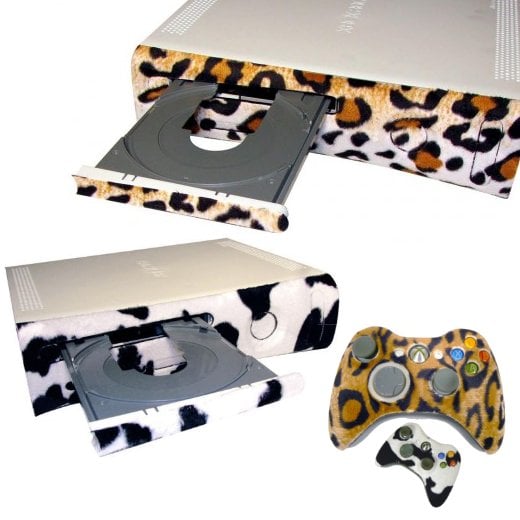 Whether you’re going for a jungle theme or fifties kitsch, they’ll definitely get looks when you have your friends over. Before you even ask, no actual animals were harmed in the making of these fuzzy faux fur accessories.

Available from Totalconsole for $18 to $19 respectively, the Talismoon Evolve360 fur faceplates come in cow and leopard prints (what, no lions, tigers or bears? oh my!) They could have at least included a liger in the menagerie. There’s even a matching replacement cover ($17 to $18 each) for your 360 controller if you want to go all out with the animal theme.