Have Disney and Nintendo partnered up for a a top secret new game? Naw. But the guys over at Siliconera managed to snap this great photo of Mickey Mouse dressed in Mario garb in a Japanese arcade.

I suppose that this is what things would look like if worlds collided between the Mushroom Kingdom and the Magic Kingdom. 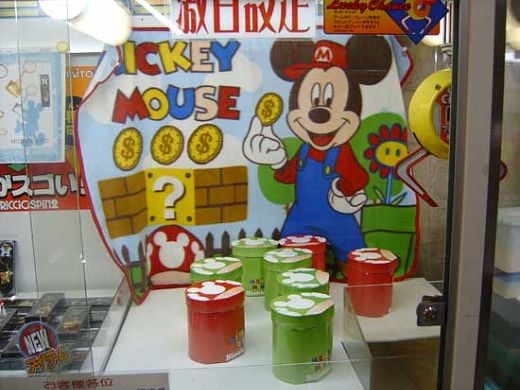 For some reason, I’m betting neither the Big N nor the house that mouse built endorsed this display. I wonder what Minnie would have to say about Mickey’s newfound interest in Princess Peach.