With a name like U27, this all-in-one desktop audio system may sound like some sort of old German submarine, but its looks are clearly inspired more by Apollo 13 than by Das Boot. 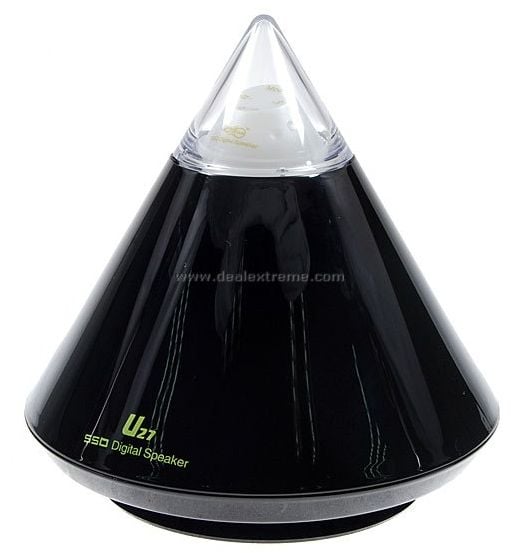 The system combines both an MP3 player and a compact speaker system in a single conical device. Just plug it into an outlet, add your tunes on an SD or MMC memory card, and you’re ready to play your tunes. The system recently landed at DealExtreme for just under $90, including a 1GB Toshiba SD card.

All this talk about space capsules, and now I can’t get that 1970s Far Out Space Nuts show out of my mind.