While these consoles from China may look slightly like their authentic counterparts, just one look under the hood, and you’ll see just how phony they really are. 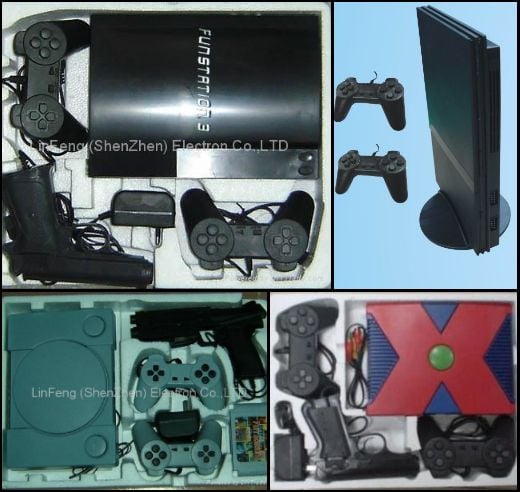 China’s ShenZhen LinFeng Electronics has cranked out a series of console knock-offs, imitating the look of all three generations of the Sony Playstation, the original Microsoft Xbox and even the Sega Saturn. With wholesale prices around $3 bucks a piece, don’t expect these consoles to play anything resembling modern games. All of the systems supposedly play 8-bit games, but at best those are likely to be bootlegs of old NES games.

I know they say imitation is the sincerest form of flattery, but in this case, it’s more like the sincerest case of intellectual property theft.