Let me start by saying this — I need one of these. A new technology is in the works that can stop moving vehicles cars dead from a distance. 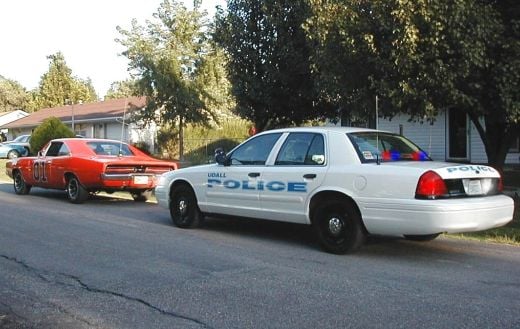 Pasadena’s Eureka Aerospace has developed high-power microwave-based system that can be fired at a specific car and kill its electrical system in an instant. The prototype system can fire a targeted 50 nanosecond burst from as much as 50 feet away, completely frying the target car’s electrical systems. If the company can raise the funding to optimize the technology, they think they improve the firing distance up to as much as 600 feet away.

Imagine the fun you could have with one of these. Why not shut down that a-hole who’s been tailgating you for the last 5 miles? Or better yet, take out that annoying guy on the train who’s been yammering to his buddies on his cell phone.

[via Discovery via SlashGear]