I found this photo over on Flickr today, and I was so captivated, I had to mention it. Apparently, this guy decided to see what would happen if he hooked an old analog synthesizer up to his brain. 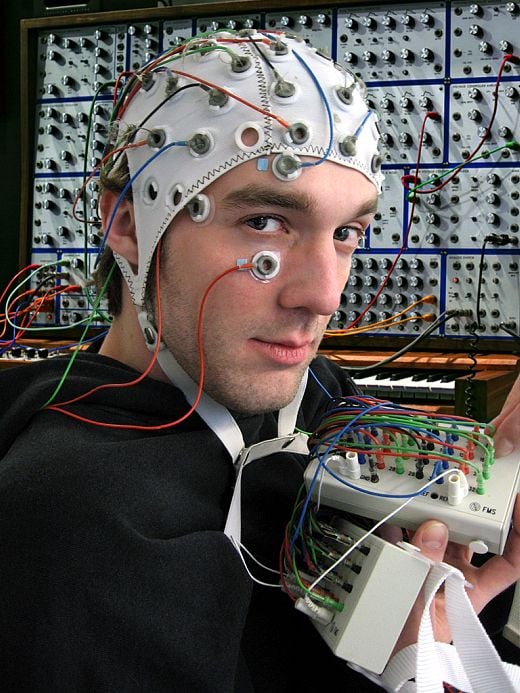 By connecting a biofeedback helmet to a 1970s E-mu matrix synth, the device should able to generate sounds just by thinking about them. Given the age of the synthesizer, I’m pretty sure that it ignores thoughts of anything besides Tangerine Dream or Wendy (Walter) Carlos.

Now comes the bad news. While it sure looks cool, it seems that Krischall’s image is actually just a good bit of Photoshoppery, based on this original image.