This Clock is Dyn-O-Mite!

Remember how the Mooninites from ATHF caused such a stir in Boston earlier this year? Can you imagine what those government fearmongers would do if they saw one of these clocks sitting on a shelf somewhere? 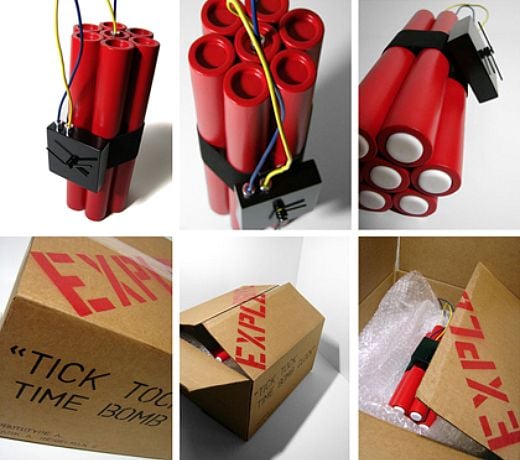 Designed by artist Mark A. Regelman II, the Tick Tock Timebomb Clock (appropriately subtitled “Just Hope it Doesn’t Stop”), looks a little too much like a real explosive device for anyone’s good. While the clock might not actually blow up, I’m pretty sure that you wouldn’t want to have one of these in a public place if you have any interest in your own personal freedom.

At this point, the clock is a one-of-a-kind prototype, but in the mean time, might I suggest these alternatives.