It’s kind of funny that this isn’t the first giant NES controller story I’ve covered. The last one I wrote about was a mammoth controller which could actually play games. This time, we’ve got the same monster controller concept, but beneath the hood dwells a completely functional PC. 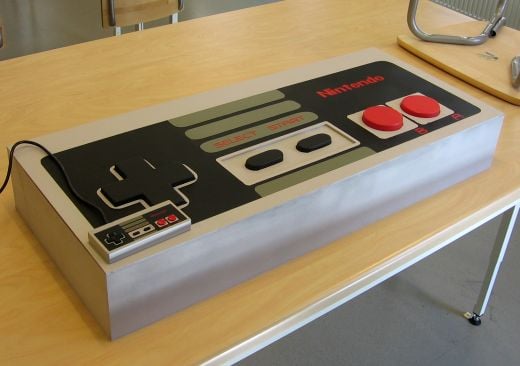 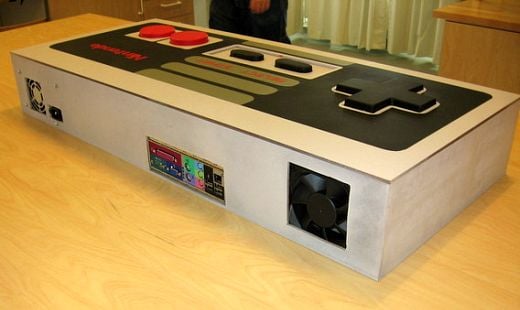 Built as a school project by students over in Sweden, the system was assembled from painted sheets of Lexan, along with vacu-formed plastic “buttons”, and hand-cut vinyl appliqués to complete the look. 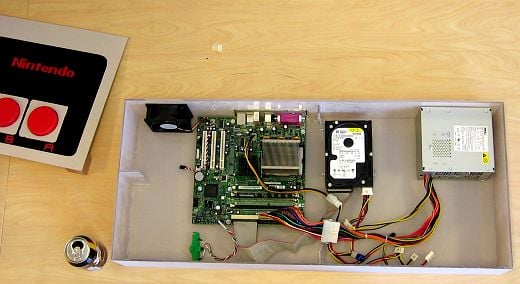 The team had a total budget of only 1500 Kronor (appx. $300 USD) to put it all together, so it’s just that much more impressive, given the paltry sum they had to work with. There’s a detailed photo gallery of the construction of the case here.