Taking a page from systems like the Sony EyeToy and the Nintendo Wii control scheme, this new camera from Israel’s 3DV Systems could bring gaming interaction to a whole new level. 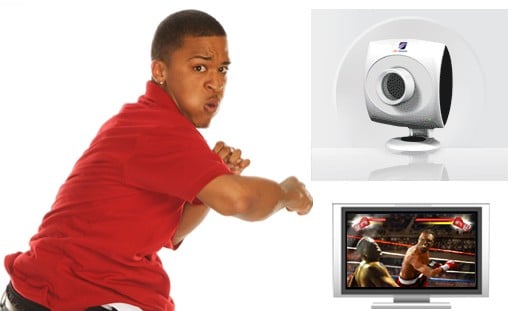 The company’s recently revealed ZCam is capable of not only capturing gamers’ most intricate gestures, but detecting full-body movements in three dimensions, without the need for the player to hold a controller. The camera’s unique ability to detect depth allows it to track motion as well as sample 3D images (the surfaces it can see, that is) in real time.

The technology used in the camera was originally designed for use in defense systems, and has now been packaged into a low-cost consumer product. The ZCam can capture 1.3 Megapixel images at up to 60 frames-per-second, passing coordinate data back to a PC (and hopefully game consoles some day).  A proprietary chipset called DeepC takes care of the depth detection algorithms.

The company hasn’t announced any big distribution partnerships at this point, but hopefully some console or computer accessory makers will stand up and take notice.