Having not been to Barcelona, Spain, this is the first time I’ve heard of this unusual high-rise building, covered with thousands of LED illumination panels. 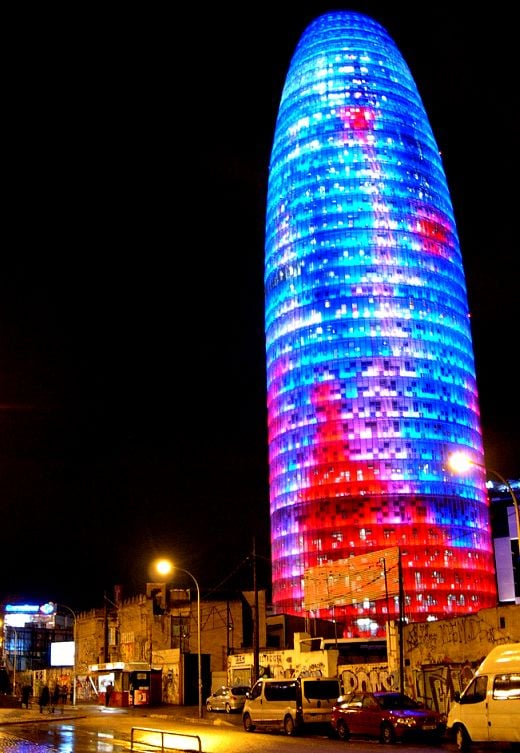 At first glance, it’s hard to get over the ridiculously suggestive shape of the Torre Agbar (Agbar Tower), but it’s the cool light show that’s really the eye-catcher here.

The 474-foot tall, 38-story office tower has over 4,500 LED devices that can be computer synchronized to display massive, colorful images wrapping the entire building. The building was designed by noted French architect Jean Nouvel, whose designs include the Guthrie Theater in Minneapolis and Tokyo’s Dentsu Tower among others.