This computer has to be the biggest hunk of junk I’ve ever seen. Cobbled together from cardboard, red duct tape and embellished with a Sharpie, the UbuntuBox V1.0 certainly won’t win any awards for build quality. 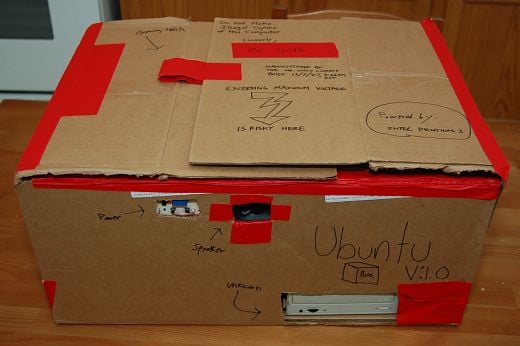 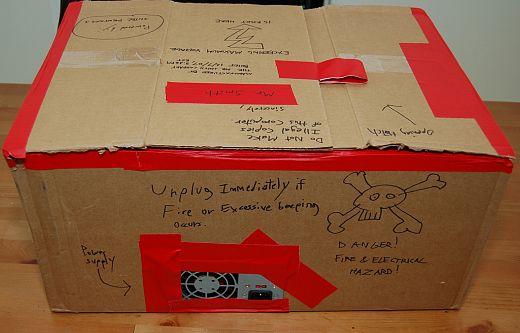 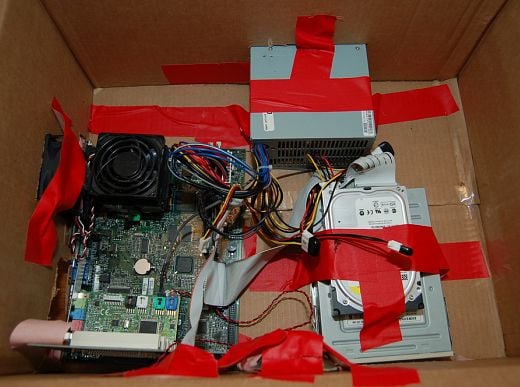 According to the builder, the guts of the old Pentium 3 tower are being used to power this Ubuntu Linux computer. He claims that the system really does work, and despite its cardboard construction, it has yet to spontaneously burst into flames.

I’d be happy to send him a lighter and some accelerant if that helps him achieve his goal faster.