When my original 2005 Xbox 360 finally succumbed to the dreaded Red Rings of Death, it ended up going on the scrap heap. This enterprising modder showed a bit more creativity than I could muster by turning his overheating Xbox lemons into a souped-up glass of PC lemonade. 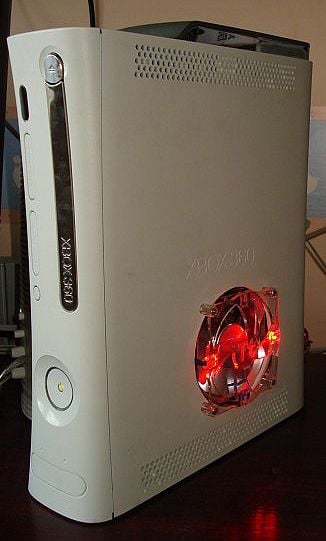 Other than the big red LED backlit cooling fan sticking out of the side of the console, you wouldn’t know it’s a PC unless you turned it around and looked at the back. 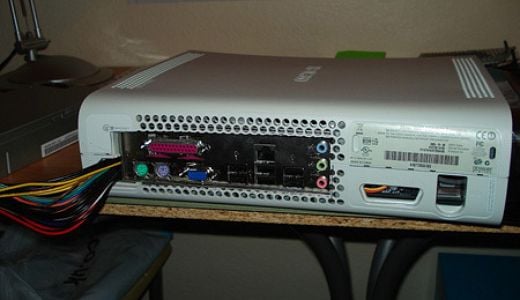 Just like a regular Xbox 360, there wasn’t quite enough room to cram the power supply in the box, so it had to sit outside the console too. 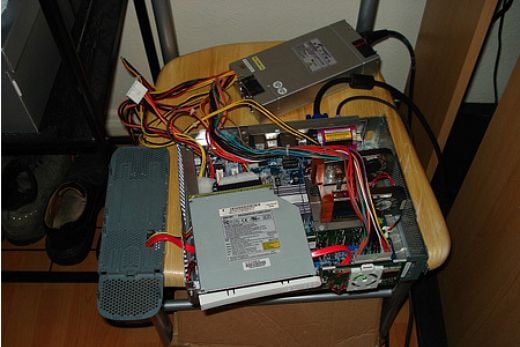 With all the stuff crammed under its hood, one can only hope that it won’t be as much of a fire hazard as the cardboard box PC.