For those of you out there who aren’t big fans of electronic paper devices like the Amazon Kindle and Sony’s e-Reader, just be thankful that we didn’t end up in an alternative universe where this was the way you’d receive your daily newspaper. 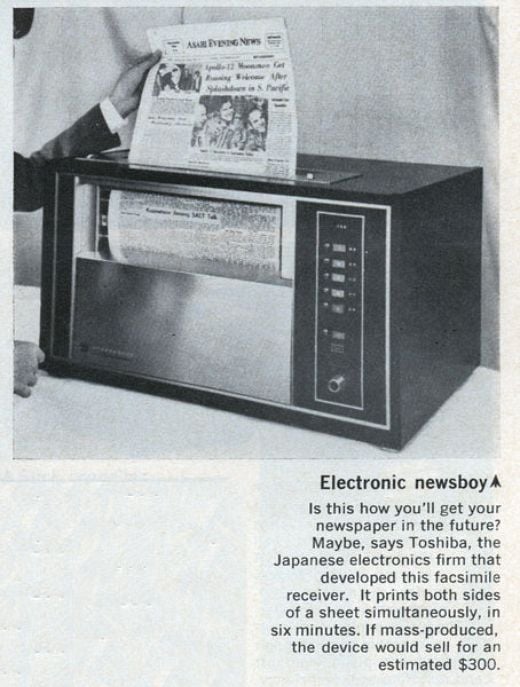 The guys over at Modern Mechanix dug up this priceless gem of a photo from the June 1970 issue of Popular Science. It showed a prototype for a newspaper facsimile printer, dubbed the “Electronic newsboy”. Toshiba described the printer as a device which could crank out one double-sided news page every six minutes and would sell for about $300 (with inflation, that would be a bit over $1600 today).

It looks a bit like a microwave oven gone berserk to me. I wonder if it printed the movie section when you pressed the popcorn button.